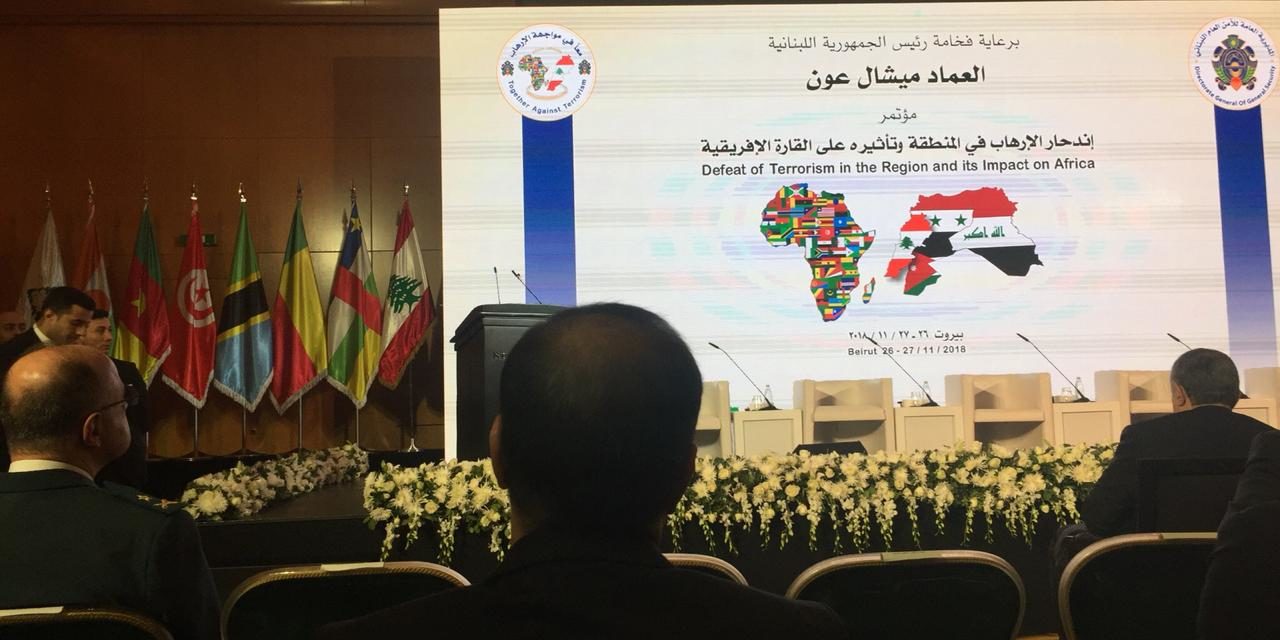 Beirut, Lebanon – November 2018 – Everteam Global services, a global software vendor and a world-class leader specializing in solutions centered on content services, big data and analytics participated in the conference and workshop organized by the General Directorate of the Lebanese General Directorate of General Security on the 26th and 27th of November, under the patronage of HE President Michel Aoun. The conference was entitled “The Defeat of Terrorism in the Region and its Impact on Africa”. This successful conference brought together officials from various African countries such as Burkina Faso, Cameroon, Congo, Niger, Nigeria, Zambia and others.

Being a vital solution provider in security and intelligence, Everteam Global services saw it essential to partake in this conference against terrorism, answering the private invitation of the General Directorate of General Security.

In the words of the Director General of the General Directorate of the General Security Maj. Gen. Abbas Ibrahim “Terrorism is a common enemy among all countries and I call upon the international community to engage and fight against terrorists”. He also pointed out that it is necessary to adopt a unified system to exchange information and to stop investing in terrorism.

The conference was followed by a dinner during which Everteam Global services CEO, Mr. Antoine Hraoui, received a trophy from Maj. Gen. Abbas Ibrahim honoring his continuous support and close coordination with the General Directorate of General Security. On this occasion, Mr. Hraoui extended his deepest thanks saying: “I am honored and thankful to receive this trophy. We, at Everteam Global services, are proud to be a key technology partner in the fight against terrorism. Our achievements are shaped by the strength of our cooperation with the General Directorate of General Security as well as hard work and unwavering determination”

The Lebanese Collegiate Programming Contest | Developing the Skills of Our Youth
February 13, 2020