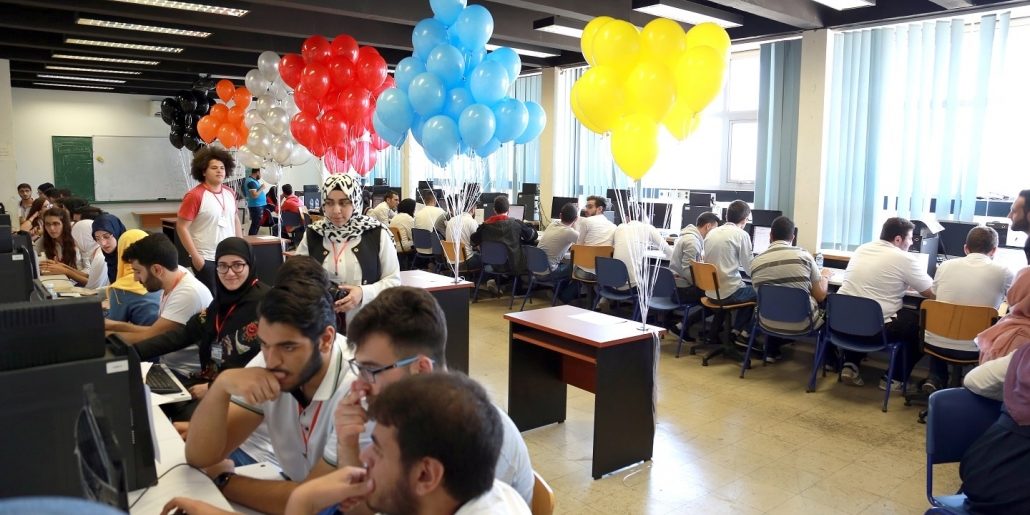 Beirut, September 28, 2018: Everteam Global Services shows its continuous support to the youth and the young talents. On September 28, the company participated as Gold Sponsor in the 10th ACM Lebanese Collegiate Programming Contest (ACM-LCPC) organized for the second consecutive year by the Applied Mathematics Department, in the Faculty of Sciences at the Lebanese University.

The ACM-LCPC, regularly organized since 2009, is an annual programming competition that aims at rising computing standards among University students in Lebanon. During this competitive-programming contest, the top programming teams from all Universities in Lebanon compete for solving a problem. Each team of 3 students revealed their bright programming skills and did their utmost to win the contest while being supervised by the Association of Computing Machinery – International Collegiate Programming Contest (ACM-ICPC).

Antoine Hraoui – CEO – said: “We are very pleased to sponsor this competition event and support bright minds and young talents. Given its high competitiveness, the ACM-LCPC has become an attractive forum for the recruitment of the most talented students in the country.”

In fact, Everteam Global Services’s special relationship with the Lebanese University goes back to almost 10 years, with the academic program that the company had devised for LU ICT program graduates enabling better collaboration between the private sector and the education sector for raising better awareness.

Everteam Global Services also wishes the best of luck to the winning teams who will have the chance to participate in the regional ACM-Arab Colligate Programming Contest (ACPC) and take part in the world competition (ACM-ICPC).

The Lebanese Collegiate Programming Contest | Developing the Skills of Our Youth
February 13, 2020