The Lebanese Collegiate Programming Contest | Developing the Skills of Our Youth 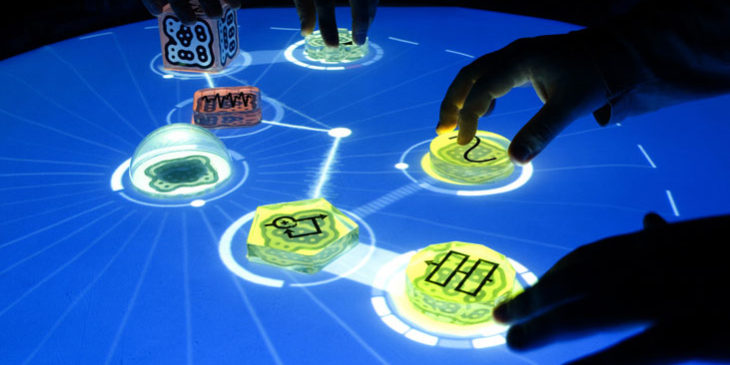 We are in the era of software and electronic engineering, in which developing the skills of the future generation in the field of information technology has become a must. Based on this need, the Lebanese Collegiate Programming Contest, organized by the Department of Applied Mathematics, held its tenth session on Friday the 28th of September at the Science campus of the Lebanese University in Al-Hadath.

Everteam Global services proudly sponsored this contest as an initiative to promote young talent. We strongly believe in the importance of stimulating the elite youth base that will build the knowledge economy in the future. This contest bought together the elite of programmers from all universities in Lebanon to compete in solving a programming challenge posed by the academic body and experts in the field.

Each team of 3 students showed their skills and gave their best to win the competition under the supervision of the Association for Computing Machinery (ACM) and the International Collegiate Programming Contest.

Ramez explained that the software engineering field is developing significantly in the world and does not require many techniques. This type of competition gives the students a chance to learn about how new technologies contributes to raising their level of “digital intelligence” along with improving their competitiveness in the labor market. Ramez added that Lebanon can play the role of the region’s center of this development because the required components in this area are “mental abilities only “.

Ramez said that Everteam Global services brings together the needs of both; the labor market and universities, pointing out that the Lebanese are highly competitive compared to other nationalities participating in this competition.

After their conversation with Ramez, “Akhbar Al Youm” spoke with Everteam Global services VP Marketing and Solutions Manager in Lebanon, Stephanie Azarian who introduced Everteam Global services as an international company that can provide job opportunities for students in Lebanon and other countries. “We are interested in finding “Brilliant Minds” and work hard on developing their capabilities.” stated Stephanie.

Stephanie went on in adding that what we lack is the political support of the state in addition to the improvement of our weak infrastructure, explaining that Lebanon is not developed in the field of digital transformation compared to other Arab countries. Stephanie said that “the only solution we are capable of providing as private companies is to support such competitions and to raise awareness about the importance of entering this field.”

Stephanie noted that they are aiming at raising rural development and establishing a network of contacts between rural and urban youth by working with different branches of the Lebanese University and private universities in all regions and by providing job opportunities.

This is not Enough…

Meanwhile, Ramez emphasized that this competition is a step in the right direction, but it is not sufficient to raise the students’ level and the results of such competitions always meet our expectations.

The objective of this competition that has been organized regularly since 2009, intersect with  Everteam Global services vision to develop programming standards among university students in Lebanon and the company’s desire to create a generation of serious competitors in the world of technology and programming worldwide. Lebanon, through these objectives, will earn a high position among the technologically developed countries.

At the beginning of this year’s competition, Everteam Global services CEO Antoine Al Hraoui underlined his commitment to sponsor this core competitive programming event. “We continue to support the youth and promising talents in the technology field,” he said. “Thanks to its positioning, this competition is an ideal platform to attract the best young talent in Lebanon and invest in it at Everteam Global services.”

This program has helped to promote cooperation between the corporate and higher education sectors in order to increase competitiveness in this field. The company wishes the winning teams the best of luck as the opportunity to participate in the Arab Collegiate Programming Contest gave them the chance to participate in the finals of the International Collegiate Programming Contest.

This competition definitely intensified the partnership between the Lebanese University and Everteam Global services. This event is considered the largest annual multi-level programming competition in the world, held across universities worldwide since 1970. As Everteam Global services we are proud to have been part of this event and are looking forward to next year. We are very hopeful in this new generation and we are willing to support the young talent along the way.